Meet some of our park friends

Of the twelve recognized species of muntjacs the Indian muntjac is the most widespread. It gives calls similar to barking upon sensing a predator, hence the common name of barking deer.
DID YOU KNOW…?
– Muntjacs are one of the smallest and oldest species of deer, appearing about 32 million years ago.
– It is extremely rare nowadays to discover new mammal species; nevertheless, over the past decade scientists in S.E. Asia recorded five new species of muntjacs.

These small fruit bats dwell in evergreen and deciduous lowland forests of Central and South America. They live in harems of one male and up to 20 females. Their food consists of fruit, nectar and pollen and they play an important role as pollinators and seed dispersers.
DID YOU KNOW…?
– They weigh only half an ounce (15 grams)
– Fruit bats are not blind, their vision is pretty good. They use both vision and smell to find food.

The green iguana is a large arboreal and herbivorous species of lizard native to Central and South America.
It is an excellent swimmer and when threatened can stay submerged for a long period. Whipping its spiny tail is also an iguana defense tactic.

DID YOU KNOW…?
– Once a year female iguanas lay clutches of 20 to 70 eggs.
– They can remain underwater for half an hour.
– Depending on their origin they can reach 2 m in length.

The Scarlet Ibis inhabits wetlands and mangroves from Venezuela to Brazil. It is a social bird and often roosts in large colonies of several thousand individuals. Their distinctive long, thin bills are used to probe for shrimp and other red shellfish in soft mud.
DID YOU KNOW…?
– The ibis get their bright pink colour from pigments in their food, primarily red crustaceans. Without these they would remain light brown in colour.

These toucans are found throughout the Amazon region of South America. Their huge bill is remarkably strong but very light. They feed on fruit, flowers and nectar. Toucans nest in cavities in tree trunks where females lay between 2 and 4 eggs.
DID YOU KNOW…?
– There arem ore than 40 species of toucans.
– To keep in balance while asleep, the toucan turns its head so that the long bill rests on its back.
– Toucans are able to use their over-sized bills as heat regulators. 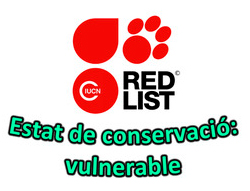 The Victoria crowned pigeon is the largest species of pigeon in the world.
It is found in the lowland forests of northern New Guinea and surrounding islands and listed as a vulnerable species due to hunting and habitat destruction.

DID YOU KNOW…?
– Pigeons and flamingoes are unusual among birds in that they produce milk in their crop to feed their young. Crop milk is produced by both female and male birds. 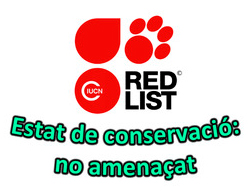 The giant Atlas moth is native to the tropical forests of South Asia with a range extending roughly from Afghanistan to New Guinea. It is considered the world’s largest moth with a wingspan measuring up to 30 cm. Despite its size, the adult moth has no mouth and lives off fat reserves built up during its larval (caterpillar) stage. After emerging from its cocoon, the male moth dies within a week. The female though, lives a little longer in order to lay its eggs.
DID YOU KNOW…?
– With its feathery antennae the male can detect odor-carrying molecules, called pheromones, released by females at a distance of 5 km away.
– The forewings resemble a snake’s head scaring off potential predators.
– The females lay up to 200 eggs.

A medium-sized marsupial found in the more temperate and fertile parts of eastern Australia.
The Red-necked or Bennett’s wallaby is the largest species of wallaby and often confused for the kangaroo.
Its thick and coarse fur is medium grey with a patch of red across its shoulder. The large ears can each rotate 180º, as a result it can detect sounds from different parts of the environment.
The wallaby is a herbivore and feeds mainly on grasses, leaves and fruit.
DID YOU KNOW…?
– The most obvious difference between the wallaby and the kangaroo is size. As a rule, a kangaroo is generally larger than a wallaby.
– The front teeth are replaced four times during the animal’s life.
– The wallaby is largely a solitary animal, most active at twilight.
– Young stay in the pouch for about nine months.

Open every day from 10am till one hour before sunset.
Closed on Xmas Day
and New Year’s Day.